Recently many well received shows ended their runs early due to the current crisis. Although we are sad that fewer audiences were able to see these works, we wanted to share the thoughts of the bloggers who did see these important works:

Play off the Page saw Thunder Knocking at the Door at Ten Thousand Things and said "This blusical has everything: family dynamic, a love story, a mythical character, soul-searching, and some of the best music I’ve ever heard." http://bit.ly/39NEgzW

The Stages of MN saw Interstate at Mixed Blood Theatre Company and said "We’re so fortunate that something this great is having its world premiere here. In a perfect world, this show with this cast would move from here to Broadway"http://bit.ly/32YKQBi
The Bacchae at Guthrie Theater also closed prematurely.

PhenoMNal Twin Cities said "This production of The Bacchae at The Guthrie comes at a strikingly opportune moment; a time when persistent attacks upon science and reason have undermined institutions when we need them most." https://bit.ly/3ahCqYl

The Stages of MN writes " I’m not sure what to say about The Bacchae. I didn’t love it or hate it. For me it was definitely less then the sum of its parts. If you are a fan of Greek tragedies, I suspect you will find a lot to admire in the production."http://bit.ly/3cNpE5T

Happy Friday! Even though the world we live in now feels very different than the one from only a couple of weeks ago, we at Twin Cities Theater Bloggers are still extremely grateful for the theater community that we have the privilege to live in, and are sad that so many theaters and arts are hurting during this time. One of our bloggers The Stages of MN wrote a piece about how to support theatres during this crisis. Please check it out.http://bit.ly/2QhPBAy

In the current climate I think we are all missing the things we love that have been cancelled or delayed due to COVID-19. For us at Twin Cities Theater Bloggers we are missing theater, arts, and the artists who make it happen. Luckily however in our modern times the internet can be a great connecting force and vehicle for sharing in things while maintaining social distance. Over at Elision Playhouse they have planned a live stream night of "fresh music by local composers and writers" called Local Vocal. Check it out! https://www.facebook.com/events/616675665836057/ 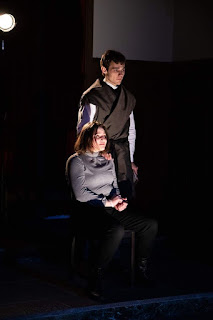 A couple of our bloggers have gotten a chance to go and see The Orchard Theater Collective's latest work Saint Joan and have given it rave reviews. It is currently running through March 21st.
The Global Digs says "This production is sure to make you think of Saint Joan in a different light. I personally don't believe in war. But if I was going to be swayed, Annie Schiferl, and this Saint Joan might be the ones to do it." Read more: http://bit.ly/2wHEN82
Single White Fringe Geek says "In what can often feel like a dark time these days, a time I really need to believe in something better, it’s uplifting to watch people who do believe, and fervently....almost as if theater might be the cure for what ails us, body and soul." Read more: https://tinyurl.com/w3szk4l
*Photo by Alex Clark 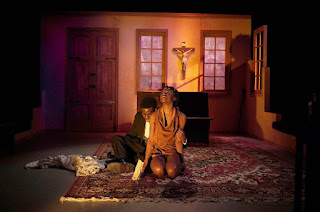 The Convert is currently being put on by Frank Theatre at the Gremlin Theatre. A couple of our
bloggers went to the show and were very moved by the experience. It is playing now through March 15th. Read more below:

Cherry and Spoon: "The talented cast bring depth and humanity to all of these characters, even when you question their choices." http://bit.ly/cs_convert

The Stages of MN: A beautiful looking production that is packed with a talented cast, I found it mesmerizing. http://bit.ly/2VGweF0 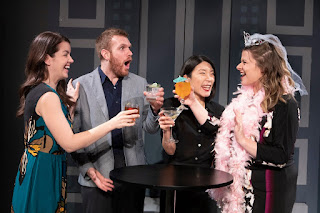 Significant Other at MN Jewish Theatre Company is closing this weekend. Many of our bloggers got to see the show and all had quite positive things to say about the show. Read more about their thoughts below:

Cherry and Spoon: "This is a smart, funny, relatable, and poignant play by a talented young Jewish playwright, a perfect fit for Minnesota Jewish Theatre Company."
http://bit.ly/cs_sigoth

The Stages of MN: "This is a wonderful comedy performed by a talented cast. Filled with moments that ring true because the humor comes from character as much as from jokes."
http://bit.ly/2V4ToEO

Single White Fringe Geek: "Significant Other is a funny cautionary tale, for the more complicated romantic landscape of 2020."
https://tinyurl.com/qq9lwm6 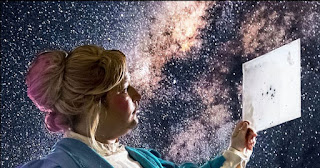 Many of our bloggers went to see Theatre Pro Rata's production of Silent Sky, playing now through March 8th. They all gave the show rave reviews. Read more about their individual thoughts below:

Cherry and Spoon: "It's a wonderfully immersive theatrical experience that literally allows us to star-gaze along with Henrietta, a woman to whom we owe much of our understanding of them. Truly magical."
http://bit.ly/cs_silentsky

Single White Fringe Geek: "Gunderson has a poet’s gift for making something as potentially dry as science exciting, accessible and beautiful."
https://tinyurl.com/vz8htzl

Compendium - Minneapolis: "I adore seeing the vital contributions of overlooked women finally getting their due, and I can think of no better way to celebrate Women's History Month than to check out this sweet production of Silent Sky."
http://bit.ly/3cvqOmi

TCTB Review Roundup: THE WORLD OVER at Open Window Theatre

Open Window Theatre is (finally!) back with an epic quest story based on Greek mythology. Head to their shiny new space in Inver Grove Heights before March 15 to join the #tctheater fun. Here's what our bloggers had to say:

The Stages of MN says "The World Over is well paced hero’s journey. Performed by a cast that can bring the epic but also remembers that a sprinkle of humor can do a lot towards helping an audience suspend their disbelief." Read more: http://bit.ly/2HryLuA

Cherry and Spoon says "Congratulations to Open Window Theatre to making it through the last few challenging years and finally arriving at their own Gildoray in Inver Grove Heights. Even thought it's a bit of a drive for me, it is great to see #TCTheater expanding out into the suburbs." Read more: http://bit.ly/cs_worldover

Single White Fringe Geek says "But even though the script for The World Over doesn’t quite stick the landing, OpenWindow Theatre’s production tries with all its might to get it there. Open Window Theatre has a penchant for choosing challenging scripts and trying to make up for any shortcomings with first-rate stagecraft. I can’t fault them for a noble effort. Even though the second half is a little bit of a letdown, the first act of The World Over is well worth the price of admission. So, see The World Over. Enjoy the adventure. And help welcome back Open Window Theatre. Here’s hoping they’re making theater in their new home for a long, long time." Read more: https://tinyurl.com/qlcyv2h

The Global Dig says "Tucker Brewster Schuster is a standout in a number of his roles. There are moments when his penetrating stares make you believe there is something in the distance worth discovering, if we all had an imagination that powerful. At one point, he grabs a character by the coat collar and carries him off the stage." Read more: http://bit.ly/39VdHbQ

Millennial in the Mezzanine says "If you are a fan of daring adventures, fantasy worlds, ridiculously talented actors, and thematic questions that keep you thinking long after the curtain closes, Open Window Theatre’s comeback production of The World Over is a must see." Read more: http://bit.ly/2PBSxYP

Play off the Page says "I enjoyed watching The World Over" http://bit.ly/3aj76rS