A native Minnesotan, Jill is an enthusiastic theater-goer in the Twin Cities area and an advocate for local theater companies small and large. After becoming a Guthrie season subscriber in 2003, she found herself attending more and more theater, so decided to start an independent theater blog called Cherry and Spoon in 2010. With no background or training in theater (other than a few stints in the pit orchestra in high school), Jill writes from an audience perspective. Connect with Cherry and Spoon on social media (including Facebook, Twitter, and Instagram) at @cherryandspoon, or via email at cherryandspoon@gmail.com.


Brett Burger took a slight break from his theater blog while pursuing a degree in both Public Relations and Theatre Arts from Winona State University but since graduating in the spring of 2016, he's back! Brett Talk currently includes theater reviews however in the months to come he hopes to expand and rebrand his blog to included video game reviews, as he is an avid gamer. Brett has been an ardent theater fan since he was very young, enjoying local theater to larger national touring companies. He is particularly fond of anything and everything Sondheim and is a self-declared Meryl Streep worshiper. Brett loves connecting with people via twitter (as he pursues to get that beautiful blue verified check mark) and can be found @BrettDBurger. Brett can be emailed at BrettDBurger@gmail.com.

Compendium is a blog written and curated by Becki Iverson. Compendium's main focus is on theater around the Twin Cities, but also includes fine art, museums, concerts, dance, charity work, books and more. Tweet with Becki at @becki_iverson and email her at compendiummpls@gmail.com.

Girl Meets Broadway is written by Erin Nagel who has had a life long passion for theater. Active in the Twin Cities theater community for several years, she has worked with Hennepin Theatre Trust and Bloomington Civic Theatre on several local and touring productions. When not at the theater seeing or working on a show, Erin can be found planning her next trip to New York City. She can be found on Twitter at @erinnagel and you can email her at erinmnagel@gmail.com.

Lettered-in-Theatre, written by Erica Skarohlid, is a Twin-Cities based theatre blog. In high school, Erica was a passionate member of her theatre department earning a Letterman Jacket and proudly showing her theatre pin. Now an enthusiastic audience member, Erica has worked in arts administration and volunteered at theaters all over MN for over a decade. She blogs about her theatre-going adventures in hopes of inspiring others to attend a show and support their local theaters. You can follow her on Instagram or Facebook at @letteredintheatre and she can be contacted at letteredintheatre@gmail.com.

Keith Russell is an actor, director, choreographer, and lover of all forms of artistic expression. Life in Revue is where he shares reviews of art, film, music, theater, books...culture in specific, life in general...with random musings included for free. He finds the Twin Cities brimming with creativity and aims to take in as much as possible. You can reach him at lifeinrevue@gmail.com and on Facebook.


Minnesota Theater Love are two sisters (Carol and Julie) who decided that they needed a way to share their love of Minnesota theater with our community. They feel so, so lucky to live in the Twin Cities and to have such a marvelous, vibrant theater scene. Their goal is to share our love of Minnesota theater and hence, MN Theater Love. Contact us at mntheaterlove@gmail.com, on Facebook or via Twitter @mntheaterlove.

No Filter Reviews, written by Aly and Tierney, are weekly reviews of theater around the Twin Cities and the greater metro area. No Filter Reviews (NFR) grew out of her main blog Say Entirely, after Aly discovered how much she missed promoting great theater. The goal is to share theater and encourage others to go see live performances regularly. NFR can be found on Facebook at @SayEntirely and at @NoFilterReview on Twitter. Aly and Tierney can be contacted at sayentirely@gmail.com.

Mary Aalgaard writes theater reviews and supports the arts through her blog Play off the Page. She teaches youth theater workshops in the Brainerd lakes area, writes articles for regional magazines, and works with both seniors and youth in multi-generational programs to enhance quality of life and build community. Her website is PlayoffthePage.com. You can follow her on her Play off the Page Facebook page, @MaryAalgaard on Twitter, and email her at Mary@playoffthepage.com. 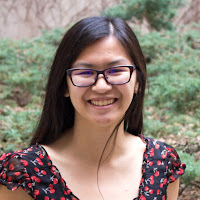 Lianna Matt McLernon started covering theater as a Mpls.St.Paul Magazine intern and then as a Minnesota Monthly associate editor. Now she channels her energy into her blog Post Script. She mostly writes previews, features, and reviews about Twin Cities theater, but the blog also includes any other local arts and entertainment that catches her fancy. You can reach her at liannamatt@gmail.com.

Playwright Matthew A. Everett got into blogging about theater sideways, first by blogging about the Minnesota Fringe Festival on Single White Fringe Geek back in 2003. From 2009 to 2015, he also reviewed theater year round for the Twin Cities Daily Planet. But now he's back to being a mild-mannered theater blogger in the freelance world. You can reach him through mail@matthewaeverett.comor his website matthewaeverett.com. 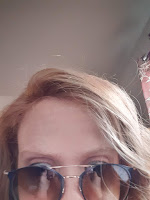 The Global Dig - Trin Carl aka ‘Trish’ writes theater reviews and dabbles in improvisation. She believes  in the power of coffee and dance. Her blog The Global Dig includes book reviews and actor interviews. She works in health care. You can follow her on her Booktube Facebook page, @trincarl on Twitter and email her at Trincarl07@gmail.com

The Stages of MN is the passion project of Rob Dunkelberger. The mission of the site is to provide reviews of theatrical productions as well as the theaters in which they are staged. To reach out via social media to people who haven't been to the theater in awhile and remind them of other date night options than dinner and a movie. Most people will enjoy a great show and they will remember it long after a night at the movies has faded. They just need to be reminded and get pointed to the right shows for them, and that is what The Stages of MN intends to do. Rob can be reached via e-mail at robdunkelberger@thestagesofmn.com follow him on Facebook @thestagesofmn. 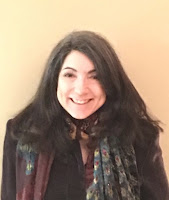 Kit Bix is an associate theater critic for Talkin' Broadway, Minneapolis/St. Paul region. An actress, a retired academic, a disability activist, and most recently, an instructor of special ed drama workshops. She has been an avid theater goer, both locally and in NY, Chicago and Washington D.C., since the age of 10 years old and is particularly fond of Elizabethan and Jacobean city comedies, all-female productions of Shakespeare (more please!) and anything by Sara Ruhl or Alan Bennett. Kit can be emailed at Bixiekit@gmail.com. 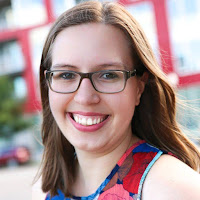 Twin Cities Stages is a blog written by Laura Kulm Kinniburgh. It focuses on theater (improv, plays, musicals, Opera) in the Twin Cities and the surrounding metro area. TCS can be found on Facebook, instagram and on twitter @twincitystages, and be contacted by email at onstagetwincities@gmail.com. 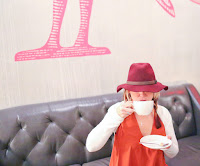 What Stirs Your Soul is a lifestyle blog by Tracy Jo Blowers, who is passionate about Minnesota. The thriving arts scene, amazing restaurants, and the perfect combination of nature and city life. She will stir your soul with the best life has to offer from Minneapolis and beyond. Connect via email at tracy@whatstirsyoursoul.com or social media @whatstirsyoursoul.


Do you have opinions on local theater? The Twin Cities Theater Bloggers (TCTB) features a variety of voices who write about theater in our community. If you, or someone you know, is interested in getting involved with TCTB or even is thinking of becoming one of us, please send us a message on our Facebook page.