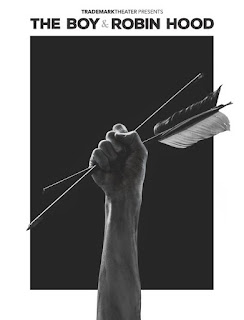 The TCTB weighs in on Trademark Theater's The Boy and Robin Hood, playing now through June 11th at the Ritz Theater.

"Nathan Barlow [who] absolutely steals the show as Alan, Robin's right hand man. In fact, I would go so far as to say that Alan is really the hero of the show entire - brave, strong, kind, thoughtful, surefooted, and Barlow plays him with such strength and vivacity that it is impossible to look at anyone else while he's on stage." - Compendium - Minneapolis

"TradeMark Theater's inaugural production has solidified their spot as a theater to watch in the coming years. The Boy and Robin Hood has the perfect balance of humor, heart, and tragedy." - Coffee with Brett

"For this is not a simple, happy, heroic Robin Hood tale. Rather, it harkens back to the very origins of the legend (see the helpful timeline in the program) with a much darker and more brutal Robin that the one we think of today." - Cherry and Spoon